What is plasma nitriding ?

Plasma Nitriding known also as ion nitriding is a form of case hardening process. It is a heat treatment process which diffuses nitrogen into the surface of a metal to create a case-hardened surface.

Plasma nitriding uses plasma discharge physic to diffuse nitrogen into the surface of a ferrous alloy.

The plasma nitriding process starts by pumping the atmosphere of the furnace chamber until the desired vacuum pressure. Then a gas mixture typically made of nitrogen and hydrogen is introduced into the chamber. A voltage difference is applied between the wall of the furnace and the parts. Due to this difference of potential and to the low pressure the gas is ionized. Ion bombardment will have the double effect of cleaning the parts and also increase the temperature up to the nitriding temperature generally between 500 and 580°C.

The generated plasma envelops the surface of the product with a blue-violet glow. Depending on the nitriding temperature and gas mixture nitrogen will react with the steel to form a diffusion layer and a compound layer made of two phases:

Depending on the application the process is tuned to form the desired phase. 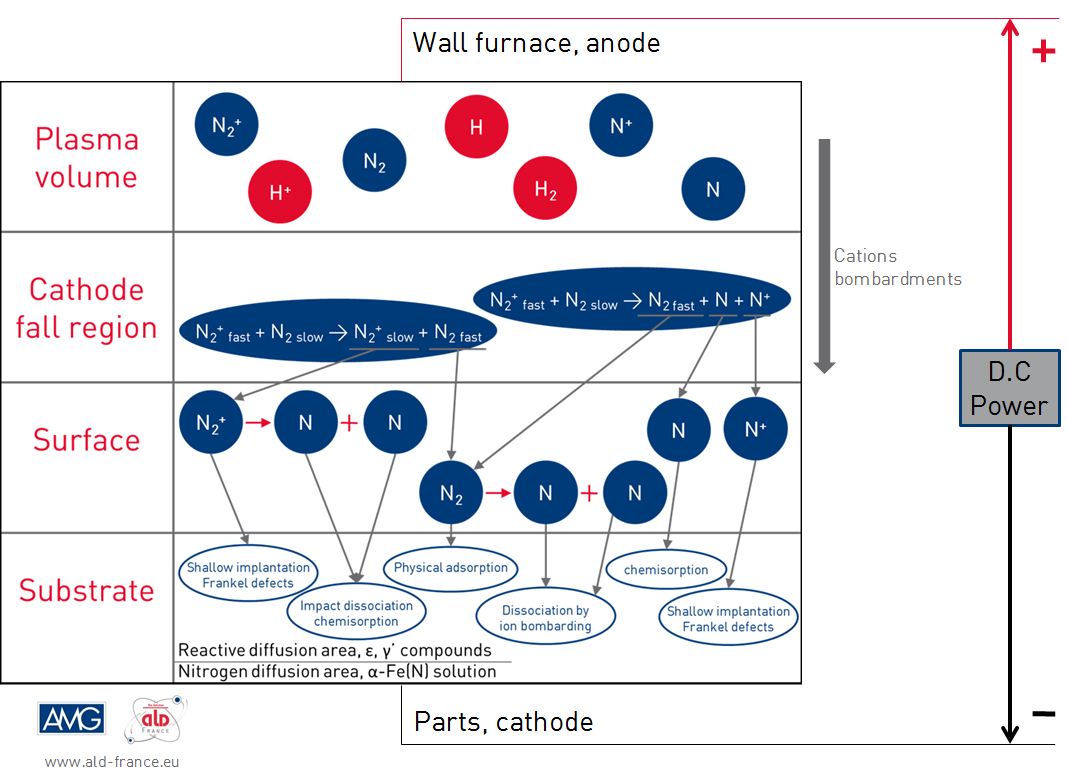 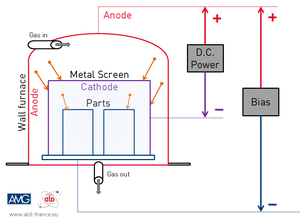 ASPN is a new industrial solution that enjoys all the advantages of DCPN but does not have its inconveniences.

The active screen acts as a radiation heater and as there is no direct glow discharge at the component, there is no overheating happening and any effect caused by the electrical field is eliminated. This enables proper temperature control and uniformity and allows mixing of parts with different dimensions with the same time - which increases the process efficiency [up to 50% more load density]. Even semi bulk loads can be treated uniformly and efficiently which is not possible with the DCPN process.

Different-size parts can be treated in the same batch. It also offers the possibility of nitrocarburizing and nitriding of stainless steels.

ASPN has the following advantages:

DCPN is the historical way to nitride with plasma which has the following advantages:

However, DCPN process also has limitations which are mainly based on the effects resulting from the formation of an electrical field, as: 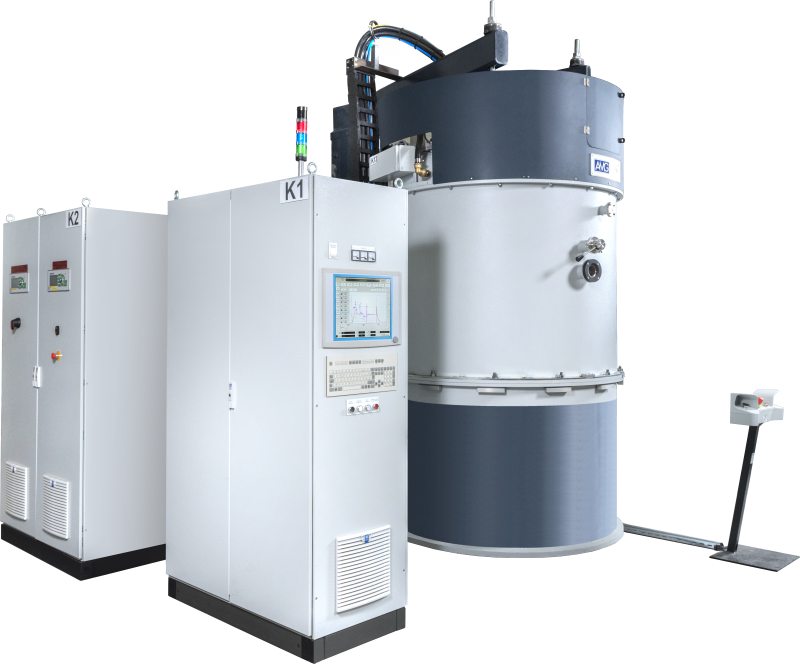 For more information please use the form below, or send an email to
sales@ald-france.eu

Your information will be used only to respond to your contact request and will not be shared with any other party. We invite you to read our legal term.

Even more about nitriding